The Giles Foreman Centre for Acting is delighted to announce a series of new workshops, once again bringing the extraordinary Movement Psychology technique of Yat Malmgren (description below) to Berlin.

After the success of the original workshops, leading exponent Giles Foreman is returning to Berlin to impart the technique to a new group through a series of three workshops: it is important to do all three to benefit from the technique. Participants are invited to attend an optional fourth workshop at the end of August (for those who have completed the first three) at the GFCA studio in Soho, London, in the heart of the UK film industry.

The fourth workshop is designed as a means to practice the technique with the renowned Christopher Fettes, who with Yat was co-founder of the Drama Centre, London – and the teacher of Anthony Hopkins, Colin Firth, Pierce Brosnan, Lambert Wilson, Paul Bettany, Michael Fassbender and Tom Hardy, along with a host of other UK and American actors. You will be joined in this workshop with actors from all over the world who have been learning the technique.

During the optional London week, participants will also have networking opportunities. We will host Q and A sessions with key UK industry figures: Casting directors, Directors and actors from the Drama Centre London who practice the technique professionally.

The workshops are designed to deal with the technique in three stages, and are related to the book Christopher Fettes has written about the work – A Peopled Labryinth – which is due to be published in 2013.
Stage 1: The Mental and Motion Factors and the Inner Participations
Stage 2: The Inner Attitudes
Stage 3: The Externalized Drives: The Confluence of Externalized Drives

They are very competitively priced at just 300 Euros per block and take place at:
Theaterhaus Mitte, Wallstr 32/Haus C, 10179 Berlin

The London workshop costs 400 Euros.
We will assist you in finding cheap accommodation if needed.

We are seeking experienced actors for the course: interested people should apply by emailing a C.V.
The workshop is given in English with German translation – an opportunity to practice acting in English.

On acceptance, applicants should make full payment for the first workshop by Monday 29th April.

Amelle Schwerk is our representative in Germany, she is also available to provide you with further information. 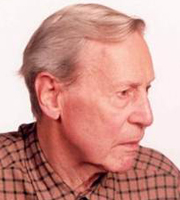 YAT MALMGREN [pictured] was one of the great solo artists of European modern dance and later became a legend in British actor training, having been the creator of the Laban-Malmgren System of Character Analysis.

Yat initially taught at a small studio in West Street, off Shaftesbury Avenue in London and became the acting guru of Sean Connery. He was invited by Lawrence Olivier to work at the fledgling National Theatre and later taught a young Anthony Hopkins at the Royal Academy. He went on to found the Drama Centre, London which was created around his work and which has subsequently produced some of the greatest names in British and world theatre and cinema.