Great to see GFCA 2013 alumnus Richard Mason featured in Empire magazine! His lead role as Scott in the feature film SCOTT AND SID is out in cinemas from 9 March – watch the trailer. Read another great article about Richard in Birmingham Living magazine.

PG 2015 alumnus Margaux Billard features in this new promo for Eurostar ‘See More in One Trip’. This is the second time an alumnus has been booked – Maëva Demurger can be seen as part of her continuing role for Eurostar in ‘A Travel State of Mind’
2014 alumni – Leo Hatton features as Jean Ward in an episode in the fifth TV series of Endeavour –  ‘Colours’ and Michael Hanratty is very busy in the Vault new theatre Festival, in dark comedy ‘Consumables’, and begins a tour with spine-tingling play ‘The Turn of the Screw’

Film critic Mark Kermode names his top ten feature films of 2017 – number one is ‘Raw’ featuring Ella Rumpf! Another vote for Ella as ‘Variety Unveils 10 Europeans to Watch for 2018’

2015 alumni – Marianne Chase has devised a 1-woman show and is performing it in the Edinburgh Festival: ‘raucous, sweet and very funny!’ And Hector Moss is the lead in a play also in the Festival, and then touring for a month in India.
PG 2012 alumnus Anna Brooks Beckman is appearing in a devised play ‘Seven’ at the Cockpit Theatre, in the Camden Fringe Festival
Alumni Tom Sharp and Ben Manz play ‘Anglais 1 & 2’ in feature film ‘Bonne Pomme’ starring Gérard Depardieu and Catherine Deneuve.
GFCA Member Jason Julien–Connage has just finished shooting his latest short film, ambitious 3-hander period-drama ‘Valentine Jacobs’ featuring alumnus Michael Hanratty

We are pleased that this year’s Foundation Acting Diploma 2017 students have achieved an average mark of 74% in their ATCL examinations, maintaining the excellent standard of previous years.
Studio member Jason Julien–Connage has won Best Original Screenplay at the Madrid International Film Festival for his debut short film ‘Rodeo King’
Studio member Candis Nergaard is the lead on BBC Radio 4 (and on iplayer) in DH Laurence’s ‘The Gypsy’.

Giles Foreman was invited to address 150 members of SAG-AFTRA in Los Angeles, and a few days later again in New York, during his most recent trip to the USA. He focussed on the Centre’s core teaching of Character Analysis, the pioneering work of Yat Malmgren and Christopher Fettes, and presented through the book A Peopled Labyrinth.

2016 PG graduates – Marc Bosch has signed with Imperium Management, and Joseph Russell has signed with Patrick Hambleton Management – congratulations to both! 2 other alumni have been signed up for high-profile feature-film roles – more details to follow, as soon as we can release them! 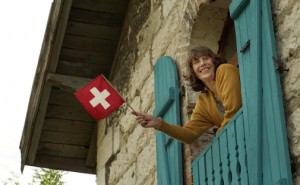 2015 graduate Conor Berry has been cast as the lead in SCHEMERS, an exciting youth culture/music orientated feature film set in 1979, being shot in Dundee.
Basil Eidenbenz appears as Lohlein in the popular new ITV costume-drama VICTORIA.

With support from GFCA, 10 actors from the 2014 & 2015 graduating groups presented a double-bill of plays by Arthur Kopit, directed by Dannie-Lu Carr; with AD Althyr Pivatto (Actor/Director/Instructor route 2015) 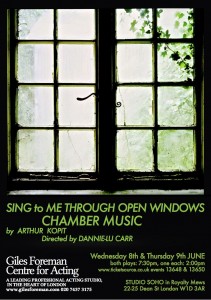 2015 graduate Samuel Arnold has just booked a role in a forthcoming French TV drama series.
2013 group alumnus Basil Eidenbenz is now filming 6 episodes of new TV costume-drama Victoria, as Lohlein – due on our screens this Autumn.

We are delighted that STUTTERER, featuring post-graduate 2013 alumnus Richard Mason, has won the Oscar for Best live-action short film at the 2016 Academy Awards. 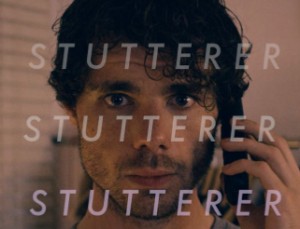 2016: Giles directs Oleander, the pilot for a TV series set in Luxembourg and written by Tara Donnell.

September 2015: GFCA is proud to publish and launch the defining book on Character Analysis written by Christopher Fettes, after having designed and printed it over a 3-year development period.