6 – 8 November 2015: 3 SESSIONS, two groups.
“Time to Play…”
Building on Roberta Wallach’s previous wonderful visits, these Intensive Scene-study Masterclasses include various techniques and methods designed to stimulate the actors’ process and imagination. Roberta encourages the breaking down of text, to provide deeper avenues into the definition of character, as well as the strengthening of an individual’s technique and instrument. Roberta also focuses on relaxation techniques, specific rehearsal applications and most especially, how to approach the development of character work.

Being an actor is a lifestyle – a commitment to developing oneself as a unique Artist. With her unique insight, integrity and warmth, Roberta addresses the various blocks and issues that inevitably crop up in the actor’s training and professional experience. 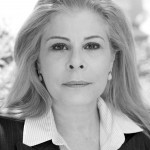 About the masterclasses – more information:

Actors prepare 2-person scenes* and work them across the three sessions. Time is provided for actors to work with their scene-partners between sessions.

* We can assist with suggested scenes, and scene-partners.
Suggested scenes are drawn from  TENNESSEE WILLIAMS, ARTHUR MILLER, SHAKESPEARE, or you may propose other playwrights.

Due to the nature of the workshop, and to ensure a place, it is advisable to book as early as possible. Enrolment for this workshop is open; email and register for your place in the workshop; £100 deposit is required to confirm; balance due by 26th October 2015 – Total Fee £200.

There may also be opportunities to book 1-to-1 coaching on individual projects during Roberta’s London visit – for further information and availability, please enquire.

ROBERTA WALLACH made her professional acting debut at 16 in the film version of The Effect Of Gamma-Rays On Man-In-The-Moon Marigolds opposite Joanne Woodward and directed by Paul Newman. She studied acting at the Neighborhood Playhouse, at HB Studios with Herbert Berghof and Uta Hagen, Lee Strasberg, Robert Lewis, Susan Batson, Gary Austin, Sonda Seacat and Elizabeth Kemp. She became a member of The Actors Studio in 1980. She started teaching privately, then at the New York Film Academy, Black Nexxus, HB Studios, at Yoko Narahashi’s school, UPS (United Performer’s Studio) in Tokyo and is now teaching in New York at The Strasberg Institute.