“The body of a worker killed on the job on a French construction site in Nigeria goes missing. A mysterious man visits the manager to claim the corpse, and soon both men – along with the manager’s girlfriend and his unstable colleague – are fighting for their lives, and all they hold dear”.

This is an explosively original play, written in 1979 and rarely produced; its powerful depiction of the corrosive influence of imperialism, racism, sexism, and corporate exploitation has only grown in relevance, resonance, and power. 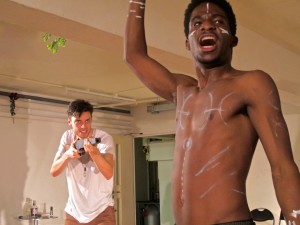 “A remarkable work: it seems to have been written in adrenalin.” The Observer

Bernard-Marie Koltès was “a creator of a mythology of the underworld, a champion of the underdog and the lone wolf, and a pioneer of a wholly new style of dramatic writing.” The Times