The ASCENT of WOMAN

Inspired by the BBC TV series The Ascent of Woman (written and presented by historian Dr Amanda Foreman); the release of the film Suffragette (directed by Sarah Gavron and written by Abi Morgan); and the launch of the Women’s Equality Party in the UK; this subject has never been more timely.

This devised play celebrates the creativity and life-force of six individual women from across the last 140 years, who each, in their own time-period, and in their own way, have questioned the paths that seemed to be laid out for them; leading lives that challenged – and in some cases continue to challenge – the status-quo. 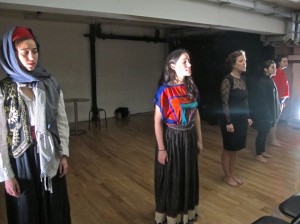 The Ascent of Woman

It is based on the researches of six members of the post-graduate Diploma in Acting, in their final term: led and directed by tutor Lindsay Richardson.
The six women chosen by our actors:
Barbara (Monique Serf)
Camille Claudel
Isabelle Eberhardt
Tracey Emin
Frida Kahlo
Anaïs Nin 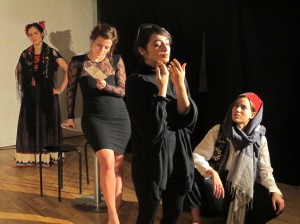 The Ascent of Woman

This is the first presentation of this work, and (along with Barren Spring – directed by Giles Foreman) is one of two final-week productions featuring students from the postgraduate-level Intensive Acting Programme.