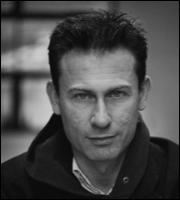 Giles has worked as an acting coach at the Drama Centre, London; Deutsche Schauspiel Akademie, and The Forum for Filmschauspiel, Berlin; Creative Education, The City Lit, NODA, the Pula International Festival of Theatre, Croatia; the International Festival of Making Theater, Athens; Trixster in Paris, Algeria’s National Theatre, and for Switzerland’s FOCAL. He has run workshops all over the world and coached on the Swiss movie Swiss Grounding; German film Sunny Hill; a German / French / Swiss / Austrian co-production Sennentuntschi, directed by Michael Steiner; Pedaleur du Charme by Daniel von Aarburg; Romeos – a hit at the Berlin Film Festival, directed by Sabina Bernardi; and Ruhestoerung directed by Robert Ralston. He also worked on the video for the Kooks single Sway. He coaches many actors from all over Europe privately, preparing them for a range of film and TV roles: including, Daniel Sharman on Immortals and members of the cast from X Men. He attended the 2017 Academy Awards ceremony in his capacity as a producer and acting coach for Oscar-nominated short film La Femme et le TGV.
More about Giles

Christopher Fettes is one of the great theatre and actor pedagogues of the UK, and indeed, world theatre and the cinema industry. He began as an actor, working with the legendary East London Theatre Company – Theatre Workshop, under Joan Littlewood. He went on to join the ensemble at the Royal Court theatre in London during its heyday in the fifties, with George Devine and Tony Richardson. 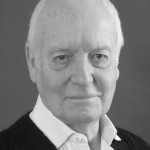 Christopher’s great contribution came with his joint founding with Yat Malmgren in 1963 of the Drama Centre London, an acting conservatoire that changed the face of training in the UK and around the world. He introduced the Method to the UK, initially with the great UK method actor Harold Lang teaching at the centre, and then by inviting Uta Hagen’s protege Doreen Cannon to head the acting department. Christopher’s innovation was to combine the American developments of Stanislavski with the great European Classical tradition, and the Laban Jungian system of ‘Character Analysis’ as developed by Yat Malmgren.
To honour and preserve the work of Yat Malmgren (who died in 2002), in his retirement Christopher has written a book – A Peopled Labyrinth – the only body of work that deals comprehensively with ‘The Histrionic Sense’ or the Law of Expression. The book was published by GFCA Publishing in September 2015, and is available to purchase from the GFCA London Studio for personal visitors, and also online via Amazon.
We are thrilled that Christopher continues to advise on elements of this important work, to underpin the understanding of Character Analysis in it’s fullest form. 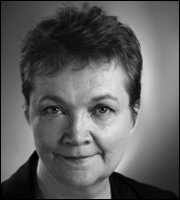 Lindsay is a professional singer and actor, who trained classically at Trinity College of Music, London and in musical theatre and acting. She has performed as a soloist at many of Britain’s major venues and festivals, recorded both on CD and DVD, toured and performed across Europe. Radio broadcasts include Radio 3′s In Tune, Danish Radio, and Radio 4′s Woman’s Hour. She has run many vocal and performance workshops; has directed opera productions; and provides individual vocal coaching for presenters, singers, actors and individuals in public life who are preparing for specific projects.

Lindsay coordinates the work of GFCA London and GFCA Paris, leads the London Foundation Diploma Course, coaches, teaches singing/ voice/text on the Advanced Intensive Programme in London and at GFCA Paris. Directing projects include ‘Fear & Misery of the Third Reich’ and plays devised for and with Advanced actors: The Ascent of Woman , Refugee, Exist Other Wise, Ego & the Hero’s Journey, and as a joint production with GFCA Paris, Les Liens Qui Unissent. 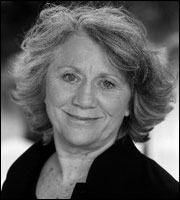 Janet trained in the Art and Science of Movement at Nonington College of Physical Education for three years, before going to Drama Centre. She then became Yat’s movement assistant before leaving for a career as an actress which has spanned forty years in theatre, radio, film and TV and is still ongoing. She has also directed over fifty plays, ranging from the Soho Community Panto through drama school projects and graduating plays, to The Winters Tale for Manchester Youth Theatre at the Library Theatre (Best Special Entertainment Manchester Evening News Theatre Awards 1998). Also, Jazz Goes to the Movies and Guitars Galore – music concerts at Taplow Court, for UNICEF.
MOVEMENT [PSYCHOLOGY] TUTOR: PGIP ADVANCED

Dave is a writer, director and improviser. He is the improvisation tutor at The Court Theatre Drama School and University of West London/London College of Music. He has worked extensively with character comedians including Felix Dexter, Stephen K Amos and Phil Nichol also directing the Perrier nominated show “Things I Like I Lick”. Most recently he directed and collaborated with Laurence Clark on the highly praised show “Inspired” – commissioned as part of the Olympics. He still performs for fun with his impro group “SPROUT” when time allows.
IMPROVISATION TUTOR: FOUNDATION ATCL, WORKSHOPS 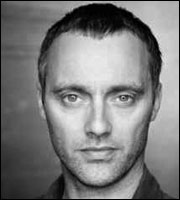 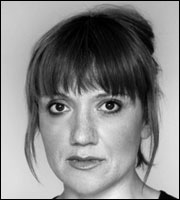 Dannie is an actor, director, writer, consultant and public speaker, teaching at GFCA in London and in Paris. She specialises in The Meisner Technique and the work of Stella Adler. Her credits for both acting and directing include roles such as Morli in the Dalek Empire series, Banquo in an all-female production of Macbeth, Livingstone in Agnes of God and Maggie in Dancing at Lughnasa. As a director she has worked on several Arthur Miller, Brecht and Tennessee Williams productions amongst others. More recently she set up a production company, Flaming Poppy, and had her first book Brilliant Assertiveness published by Pearsons. She is currently working on her second book and her first feature film as a writer.
MEISNER TECHNIQUE TUTOR:  WORKSHOPS.

Jane trained as an actor at the Central School of Speech and Drama. She has appeared in productions with the Royal Shakespeare Company, Channel Theatre Company, Frinton Rep, Bristol New Vic and Perth Theatre Company Australia. Whilst working in Australia she discovered the joys of improvisation. She subsequently trained under Keith Johnstone, whose teachings have had a great influence on the art of improvisation and theatre. Jane performs regularly on the London impro scene and is a member of Shotgun Impro.
IMPROVISATION TUTOR: FOUNDATION ATCL

Abi began her career as an actress and gained ten years experience in the field performing in the West End, in various No1 & Arena tours and on the London Fringe. Through her love of accents, she decided to train in voice, gaining a Masters from the Royal Birmingham Conservatoire in Professional Voice Practice. Whilst training, she was able to study with Cecily Berry, and study the work of other world renowned practitioners such as Kristin Linklater and Barbara Houseman. She has taught, and is currently a visiting lecturer in voice, at various other drama schools & universities including Rose Bruford, Mountview, ALRA South, Bristol Old Vic Theatre School, Manchester School of Theatre (Man Met), St.Mary’s University in Twickenham, ICAT & The Bridge Theatre Training Company. VOICE TUTOR: ADVANCED

Stuart trained at the Drama Centre London under Christopher Fettes, Yat Malgram and Reuven Adiv. He has worked extensively for over 20 years in Film, TV, Theatre and Radio. Major TV roles in Blood and Peaches, Strikeforce, a 10-part BBC series In a Land of Plenty and Berkely Square, Vincent, Cambridge Spies, Spooks, Burn It and Everytime you Look at Me, amongst others. Stuart was Rob Minter in Eastenders for two years and the lead character in a Live one hour special of the Bill.
Theatre work includes the Royal Court, Soho Theatre and the Bush in many new plays including premiers by writers such Neil La Bute, Simon Bent and Johnathan Harvey’s Hushabye Mountain at Hampstead theatre. Stuart has also appeared in the plays of Joe Orten, Tennessee Williams, Ibsen, Ayckbourne, Manuel Puig and Recently Dennis Kelly’s Love and Money. He teaches at various academies, and recently on the directors’ course at RADA.
ACTING TUTOR: FOUNDATION DIPLOMA, WORKSHOPS. DIRECTOR: ADVANCED

Niamh is a movement director and coach for actors and opera singers. Her training is in Lecoq-based physical theatre at LISPA and she has an MA in training actors in movement from Guildhall School of Music and Drama. The two trainings have given her an extensive skillset that include the teachings of Jaques Lecoq, Feldenkrais, Laban, Trish Arnold, Growtowski and Patsy Rodenburg. Teaching includes Central School of Speech and Drama, CISPA – Copenhagen International School of Performing Arts, Guildhall School of Music and Drama, Mountview Academy of Theatre Arts, LIR-Irish National Academy of Dramatic Art, Royal Academy of Music, Royal Ballet Denmark, ALRA-Academy of Live and Performing Arts & Drama Centre-University of the Arts London.
MOVEMENT TUTOR: SATURDAY CLASS, FOUNDATION ATCL 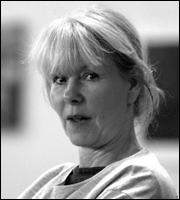 Liana was born in Sweden. She studied at the Drama Centre and then became the assistant to the founder of the Drama Centre Dr Yat Malmgren, in the Laban analysis of character movement. Liana studied classical ballet at the Royal Academy in Sweden and the Martha Graham Technique at the London School of Contemporary Dance (The Place). She is a vanguard figure of physical theatre, having performed with various dance theatre/physical theatre companies all over Europe. While living in Brazil, she devised and gave workshops, worked for the British Council, the universities of Sao Paulo and Campinhas and performed with Brazil’s leading dance company Cisne Negro. She gives workshops in Movement and Analysis of Movement all over Europe and beyond.
As a Movement Director in the theatre she has extensive experience working with numerous directors in a varied repertoire: classical, contemporary, farce and beyond. As a Movement Specialist, she coaches actors in both TV and Film – most recently, Sennentuntchi (Kontra Production), Pedaleur de Charme (Maigimax Production) and Clash of the Titans (2009) with Liam Neeson. Liana is a lecturer at CSM, College of Arts and Design, University of the Arts, lecturing across the MA and BA courses. She is Head of Movement at the Drama Centre. MOVEMENT TUTOR & COACH, WORKSHOPS

Trained at the Royal Ballet School, Glen has danced extensively with ballet companies in Europe, North America and South East Asia. Recent choreographic engagements include The Bacchae for Thiasos Theatre Company performed in the amphitheatres of Pafos and Limassol (Cyprus); La Cenerentola and The Love For Three Oranges for English Pocket Opera;The Saint of Bleecker Street for Trinity College of Music; teaching historical dance in Tokyo plus a recent ballet, Von Ewiger Liebe to music by Johannes Brahms. Glen works also at Drama Centre London where he is Ballet Master and also teaches social and historical dance. Future choreographic engagements include a ballet to Bach cantatas.
MOVEMENT TUTOR: ADVANCED, WORKSHOPS 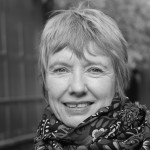 Alongside her working life as a director of Theatre, Television and Film, Sue has continuously been employed in running workshops with fellow artists (directors, actors and writers), and in training students; from 2004-2014 she was Head of the MA programmes in Directing and Text & Performance at RADA. While there, she developed a new MA in Actor-Training: Theatre Lab, and was the Head of that Course from 2011-2013.
DIRECTING-MODULE LEADER: ADVANCED

Xanthe is a UKCP registered Integrative Body Psychotherapist who has a deep interest in what it means to be embodied. She has a BA in English and Drama.
BODY-PSYCHOTHERAPY COORDINATOR; INDIVIDUAL FACILITATOR